Serena will embark on a bid to become the first tennis player since Steffi Graf in 1988 to win the sport’s four most prestigious tournaments in a single season.
Only five players have pulled off a calendar-year Grand Slam; the last man to do it was Rod Laver in 1969.

Serena Williams returns shots to Kiki Bertens, of the Netherlands, during the second round of the U.S. Open tennis tournament, Wednesday, Sept. 2, 2015, 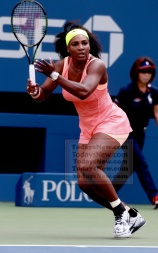 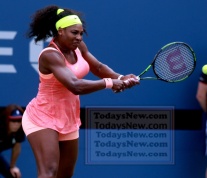