Longtime hit man Jimmy Conlon (Liam Neeson), best friend of mob boss Shawn Maguire (Ed Harris), has seen better days. He’s haunted both by the sins of his past and a police detective who’s been breathing down his neck for 30 years, and the only comfort Jimmy has is whiskey. However, when his estranged son (Joel Kinnaman) becomes a mob target, Jimmy figures that the only way to atone for his past mistakes is to make sure that his son doesn’t wind up at the wrong end of a gun.
In Photos: Liam Neeson, Cast photo, Liam with Ed Harris, Cleo Wattenstrom (tattoo artist), Common, Genesis Rodriguez (black outfit – lead women in the movie), Vincente Pastore and John Cenatiempo, Ed Harris and wife Amy Madigan, Ed Harris. 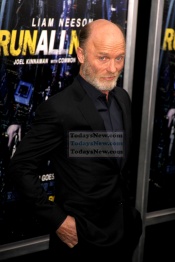 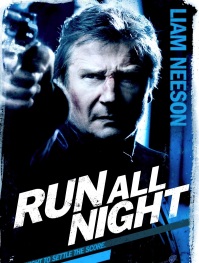 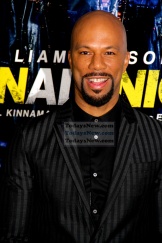 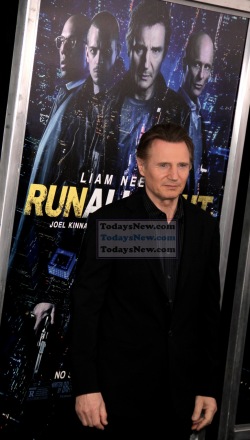 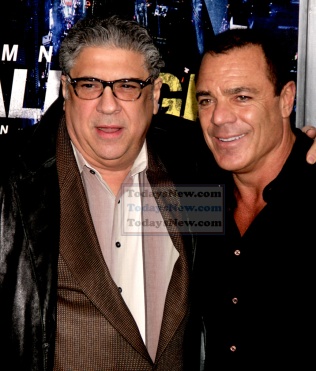 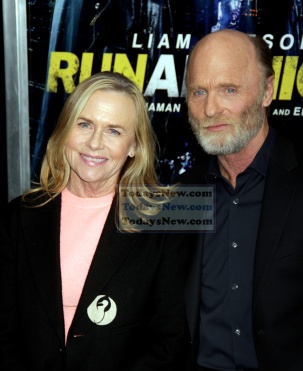 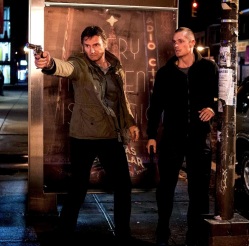